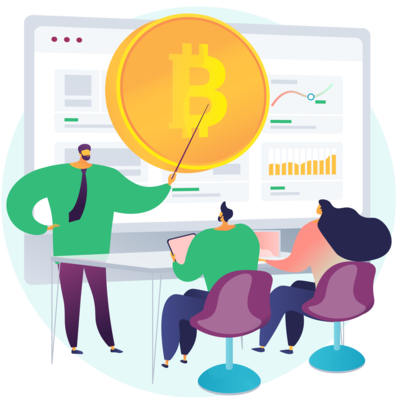 “Ethics of Sale” by Thomas Carson

The following paper represents a critical analysis of the case “Ethics of Sale” by Thomas Carson. The following case is related to ethical principles in sales. The case familiarizes readers with common deceptive selling techniques as well as the concepts of caveat emptor and implied warranty. It also introduces two theories of the ethics of sales offered by David Holley and Thomas Carson. With regard to Carson’s theory, it is more plausible and comprehensive since it provides justified arguments and covers more ethical and business aspects.

Often advertisers and sellers do not believe that they have a moral duty to ethically treat consumers. Due to that fact, they may utilize deceptive techniques in order to persuade clients to buy their products; thus, they obfuscate, exaggerate, misrepresent, withhold or even conceal information. To better understand different deceptive techniques, it is necessary first to differentiate between deception and lying. According to Carson, lying is making a knowingly false statement with the intention of deceiving others. Deception is causing someone to have false beliefs, which does not necessarily involve false statements. In fact, deception may acquire many different forms such as manipulation, distortion of facts and others. While lying does not always lead to a person deceiving others, deception is always successful (Carson, 2016). In accordance with this logic, one may conclude that withholding information is not deception because it does not make anyone have false beliefs. In fact, it is simply a failure to provide complete information or correct false beliefs. Concealing information, on the contrary, comprises deception because it is intentional distortion of facts with the purpose of manipulating consumers into having false beliefs (Carson, 2016). Nevertheless, both lying and deception are unacceptable since they both violate ethical principles of business-consumer interactions.

There are different theories concerning the degree of the legal responsibility of manufacturers. Under the traditional doctrine of caveat emptor, the responsibility to inspect the purchased product and determine its quality lies with the buyers. Therefore, sellers are not required to provide them information on the properties of the goods they sell. Nowadays, this doctrine is rarely used due to its unreasonable expectations concerning customers’ knowledgeability (Carson, 2016). As an alternative to the traditional concept, the modern American legal system has adopted the concept of implied warranty of merchantability. It is grounded on the assumption that a product is fit for the purpose for which it is sold (merchantable). A buyer’s failure to inspect the product does not negate implied warranties unless they are clearly disclaimed (Carson, 2016). Therefore, implied warranties make sellers and businesses shoulder responsibilities on their customers for product quality and reliability.

David Holley offers his own theory concerning the ethics of sales. In fact, his theory is premised on the concept of a voluntary market exchange. Under this theory, salespeople must meet three necessary conditions to ensure an acceptable exchange. First, both buyer and seller must be aware of what each of them loses or receives. Second, nobody must be coerced or compelled to make the deal due to severely restricted alternatives or constraints. Third, both parties must be able to rationally assess costs and benefits of the purchase. Holley also suggests that salespeople have a moral duty to provide all necessary information to buyers focusing on the issues people would like to know (Carson, 2016). However, many critics argue that this principle is too demanding and ideal conditions of an acceptable exchange are of rare occurrence in real-life situations.

One of the critics of Holley’s theory is Thomas Carson. Although he agrees that Holley’s moral assessment of sales practices is a good one, he offers the following criticisms of his theory. First, Carson argues that very often sellers are short of time to provide all the information customers would want to know. Furthermore, some sellers do not possess all the information that buyers might want. Therefore, salespeople cannot be morally obliged to provide all necessary details when it is impossible. Moreover, one cannot expect from salespeople to precisely assess the level of buyers’ knowledgeability. Second, Carson disagrees with the implied idea that sellers should provide information on more beneficial offers as their competitors since most customers would want to know it. He claims that salespeople are not required to divulge information about their competitors since they also have commitments to their employers. Third, Carson criticizes Holley’s second requirement of an acceptable deal, which is the absence of any constraints. Sellers have no power over customers’ personal or financial circumstances as well as external circumstances. Very often people have to make some purchases while having severely restrained options. Therefore, Holley’s requirement of the absence of any restraints seems to be unreasonable (Carson, 2016). Carson’s criticisms of Holley’s theory seem to be persuasive since they stress some logical fallacies and inconsistencies and provide reasonable argumentation.

Don’t Worry
We’ll Help You Out

Carson not only provides criticism of Holley’s principles but also offers his own theory on the ethics of sale. He outlines four primary moral duties in regard to disclosure of information in business transactions with rational adult consumers. According to the first rule, salespeople should inform their buyers about safety warnings concerning the product. The second principle claims that sellers should not apply lying or deception. The third rule indicates that salespeople should not evade buyers’ questions or withhold information concerning the product/service they are trying to sell. However, they have no duty to reveal information about their competitors’ services. In addition, the third rule acknowledges that limited time or knowledge may hinder sellers from giving full answers. Under the fourth rule, sellers should not make their clients purchase goods that they suspect to be harmful in some aspect (Carson, 2016). Therefore, Carson’s theory of ethical sales is more applicable to real-life situations. The reason is that it does not require sellers to do impossible things (such as advising customers to use the services or buy products of their competitors) and takes into account many details and factors that can vary from case to case (such as timing, the type of transaction and others). Therefore, Carson’s rules provide a more plausible account of the ethics of sales in comparison with Holley’s theory.

Carson employs his version of the Golden Rule, the consistency principle, to justify his theory. This principle claims that if one thinks that it is morally permissible for somebody to treat another person in a certain way, then he/she must accept that it will be morally permissible to treat him/her in the same way in relevant circumstances. Carson justifies his first ethical duty by emphasizing that all people have fears concerning external hazards and, therefore, have to take into account warnings of other people about a potential threat from time to time. In fact, no one can accept the idea that failure to warn about a potential danger is morally permissible since no one is willing to have other failed to warn him/her. Second, Carson argues that salespeople need correct information and, therefore, are not willing to have others deceive them. If salespeople do not want members of other professions lie to them, they also must adhere to the ethical code of professional behavior. Third, in other circumstances, salespeople act as buyers; thus, they would not want other sellers to evade their questions about the goods they wish to purchase. If they want to receive full answers from other sellers, they should not ignore their buyers’ questions in the first place. The Golden Rule also acknowledges that sellers should not provide their customers with information about competitors since they also have the obligation to be loyal to their employers. Finally, Carson reminds that everybody can be manipulated into doing harmful things, especially when they lack knowledge. He argues that sellers who claim that it is morally permissible to make customers buy potentially harmful goods are inconsistent because they are not willing to have others do the same to them (Carson, 2016). Thus, Carson provides a very decent interpretation of the Golden Rule that could justify ethical duties of salespeople and motivate them to act morally. In my view, the Golden Rule is a basic ethical and moral principle that must be applied in every sphere of our life, including sales relationships. It reminds people that they should treat others the same way they want to be treated. Apparently, if salespeople referred to the Golden Rule more often, there would be fewer cases of deceptions since sellers would consider many actions morally impermissible. Ultimately, both buyers and sellers will only benefit from transparent relationships built on the principles of the Golden Rule.

Apart from four primary ethical duties, Carson also provides two additional duties that he thinks people can dispute. The fifth rule claims that salespeople should not sell clients goods/services if they have reason to believe that they may be harmful or unnecessary without voicing these reasons. The sixth duty claims that salespeople should not sell defective or low-quality goods without warning customers (Carson, 2016). Although Carson’s doubts prevented him from including these two duties in the list of primary ones, I agree that salespeople should have those duties. They are as important for ethical treatment of customers as the four primary duties. Therefore, violation of these last two duties also implies withholding or concealing useful information and leads to deception of customers, which is unethical behavior.

In the conclusion, Carson provided several examples to clarify his theory. The first three examples demonstrated such deceptive techniques as concealing vital information, distorting facts, abusing clients’ trust, and manipulating (Carson, 2016). The sellers’ actions in all of the provided examples were morally wrong since they violated several ethical duties and could put clients at serious risk. Carson also provided a real example from his life, in which the insurance agent saved him from a potentially harmful deal by providing information about the competitive company (Carson, 2016). Although many Carson’s students concluded that the actions of the agent were supererogatory in this case, I think that his actions were justified by Carson’s fifth ethical duty. The reason is that according to it, he was morally obliged to inform the client that this deal could be harmful for both health and finances of the latter.

Thomas Carson offered a plausible theory of the ethics of sales that outlines basic moral responsibilities of salespeople. This theory is more preferable than Holley’s one because it gives more specific answers concerning information that sellers should or should not provide in different situations. It also mentions the Golden Rule, which compels people to treat others in a more humane and honest way. Therefore, Carson provides us with the guidebook of ethical behavior in sales relationships.