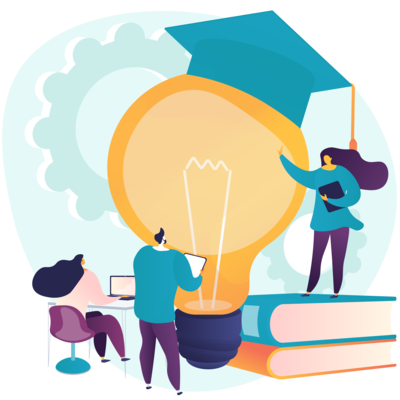 By definition, an essay is a piece of writing that is prose in nature and whose focus is on a specific subject and content is generally driven by the author’s point of view. It is always varying depending on the topics to be delved in but usually divided into three poles. To begin with, we have the reflective or autobiographical: this is written with descriptive and anecdote phrases in mind. The key factor here is to come up with an autobiography full of reflective fragments. In addition, we have the objective or factual pole: the write up consists of a theme that tends to move the attention from the writer to the subject matter. Moreover, the abstract or universal pole is critical and it comes into limelight when the essayist comes with a written piece consisting of remote ideas. It may take the form of literary, scientific or political theme. The main aim is to structure an argument, pass judgment on it and draw a relevant conclusion thereof.

Arguably, the American Culture is a Distinct One Owing to the Opened Freedom Space the Nation Enjoys

This is totally unlike many cultures in the world. Therefore, writing an essay for American consumption shall entail losing the veil of a curtailed way of life so as not to leave the reader confused. On the other hand, the Chinese culture on the other hand is subject to much control in that views deemed political are generally frowned upon.

There has been a widespread misconception on the contrastive rhetorical field in the similarities and the differences between the academic essay written by the Chinese student and the Americans. The assumption has been that the Chinese writing is described by indirection. This is the basis for the examination of the difference between the American and the Chinese writing styles (Harris, p23). This paper will explore the extent that the university students in China write their essay in comparison to the students in America. Is has to be restated that the Chinese student like any students do like using the directness in paragraphing and in text organization. However, the Americans are seemed to be more direct than their counterpart. Notably, close examination of the Chinese manuals points out that Chinese rhetorical encourage more direct rhetorical in their structuring expository (Eggington, p22). This analysis outlines the need for the understanding of the differences and similarities between the Chinese and the American essays.

Arguably, the difference between the writing styles between the two societies is attributable to the different philosophy and way of thinking. The Americans have rationalism in their way of thinking unlike the Chinese counterparts who encourage affection. In essence, the Chinese parents expect their children to develop their talents since they are viewed as personal properties unlike the American (Kaplan, p65). The Americans believe that raising children to be a responsibility of the society. On the other hand, other sympathetic contrastive advocates suppose that the Chinese writing style is found on the rhetoric system in the Asian expository writing. For instance, the Chinese qi-cheng-zhuan-he and the Japanese ki-sho-ten-ket demonstrate indirections of the rhetoric representations of the writing style. In essence, the introductory part (qi) does initiate the situations rather than the thesis statement. On the other hand, the second part (cheng) describes the situations that the writer develops the argument. Conversely, the third part describes the situation where the writer turns the development to a subtopic. However, this part (zhuan) develops the subtopics, which does not necessarily connect with the main theme. Lastly, the last part (he) is similar to the assumption in western rhetoric. Explicitly, this is attributed to the indirection of the Chinese writing the third step that is the Zhuan.

The difference between the Chinese writing and the American is argued by rhetorical that the Chinese writing needs to have a thesis statement that proffers a stance, the perception and the belief of the writer. In essence, this states the purpose of the essay and conveys the main idea of the paper. This study defines the thesis statement as the statement that gives a summary of the writer perception on the impact of the independence on the society. Conversely, the topic sentence is the sentence that asserts the meaning of the parts of the paragraph. The topic sentence needs to be well selected, complete, specific and clear. This makes a distinction between Chinese and the American writing styles (Kaplan, p65). The topic sentence need s too reformed to be understood since there is no such provision in the Chinese writing unlike in the American writing styles.

Typically, these contrastive rhetoricians believed that these differences are caused by the diverse organization outlines in the writing styles is cultural and linguistic. According to the sapir-whorf hypothesis of the linguistic relativity, the diverse languages affect the discernment and opinions in many ways. Notably, Kaplan argues that the writing patterns echo the thinking pattern that affecting the language that an individual speak as their mother tongue. On the other hand, the organization structure of the writing of the essay is affected by the cultural upbringing of the writer. In essence, the Chinese language, culture and rhetoric have a powerful internal logic and coherence (Kaplan, p78). According to Scollon and Shen the indirectness of the Chinese writing skills to the Confucian nous of self in Chinese culture is dissimilar from the western images of selfness.

According to the Chinese students, the topic statement in writing occasionally is defined as the sentence that identifies the sentence. For instance, according to the Chinese student in this statement “Positive Effects: individualists are termed as indifferent and selfish in society. In order to realize their personal goals the individuals will work with all means to realize their goals and objectives….” the topic sentence is “Positive effects” (Kaplan, p45, ). Notably, the degree of directness is described by the poisoning of the thesis and topic sentences. If the thesis statement appears in the first a third of the text, it is believed to be in the beginning. On the other hand, if it appears in the middle of the last third of the text then it is believed to be end of the text. However, there is no explicit statement that gives a summary of the thesis statement.

The ancient Chinese rhetoric does not mention the use of paragraph in their text. The first Chinese text paid attention on the essence of paragraphing (Connor, p45). The paragraph should not be considered as the miniature text when one expands the sentence. The American students use paragraph as miniature text than their counterpart in china. This view is reflected in the work of Zhang who supposed that the organization of a paragraph needs to be related to the entire text. According to Zhang, expansion of paragraph needs to be taken as miniature text. This will give the discussion a purpose since it will aid in illustrating the examples. This discussion on the role of paragraph is rare in the Chinese writing manuals since to them it is insignificant (Eggington, p12). In addition, the notion of the topic sentence rarely gets audience among the Chinese rhetoricians. Conversely, the Chinese classical literature affirms the possibility of the Chinese writer using direct paragraph in their essays. This can be demonstrated with the works of Mencius and The Analects of Confucius.

Matalene argues that the Chinese students prefer direct approach when paragraphing and when texting. This kind of organization is rare among the American students who prefer the indirect approach in paragraphing and in texting. Notably, this is a compromise to the perception among the rhetoric that there is difference between the Chinese and English writing. It has to be restated that the causes of the differences is culture. Culture defines the way people live and associate with other, as well as, their thinking. The students’ rhetorical patters and essay writing skills is influenced by their culture and their association to the environment. This has a direct bearing to the school education either immediately and directly. This assumption is held non negligible my some rhetorical students and critics. The Chinese students learn writing in the formal education system unlike their counterparts the Americans. On the other hand, the American students learn through interaction in speech with their friends, peers and adults. According to the Chinese, the writing is a set of skills that needs to be practiced and gained through the much efforts and training. In other words, writing as a skill is achievable through technology (Harris, p23). Writing is not naturally enabled hence requires training, practice, experience, training and purpose. Lieberman asserts that writing is not a skill that can be naturally acquired rather through students’ efforts of training, experience and practice.

Examinations of the Chinese textbooks published by the People’s Education press disclose that linear and deductive rhetoric writings are common in the expository essays. It noted that many of the essays are organization in a deductive manner. This is evidence that the Chinese writers do prefer writing in a direct way.

In summary, since the start of the contrastive rhetoric, the Chinese essay writing is described as indirect inductive and non-linear. On the other hand, the American literature is perceived to be direct, linear, logical, and deductive. This linearity perception means that there difference in the culture between the two sides of the divide. There is profound and fundamental difference between the Chinese and American essay structures. This assumption is detrimental owing to the essential and political images of the rhetorical patterns.