Film Crooklyn focuses on the memories of the life in Brooklyn, while Spike Lee was growing up. The cast takes place at the beginning of 1970s, the time he perfectly remembers and calls it the golden age. The life he reminisces was good before gangs and crime invaded Brooklyn. The primary focus of the movie is the family life of the Carmichaels. The nuclear family consists of four boys and a single girl. The Carmichaels family lives on the streets of Brownstone, a place where they live like brothers and sisters. This means that in every corner everyone knows each other. The families take everyone’s problem like their own. Love and fellowship characterize their lives. The movie shows the different manner of how families and the society can live and interact, depending on the circumstances.

The success of the movies is demonstrated by the selection of the characters. For example, children in the entire film were allowed to interact in a natural manner. This can be well illustrated when they were throwing garbage on the part of the Carmichaels’ neighbor. The way the characters behave in the film can show much about their relations. For example, Carolyn is shown interacting with children in the kitchen so that she can teach them on how to be responsible.

Throughout the film, the children still remain children. This is a remarkable demonstration that makes the movie a success. The film displayed messiness of life. The film is an autobiography because some scenes are the real memories, such as exhaustion which a part of the real life. The part where Carolyn told her children to ensure that they cleaned up the kitchen was one of such recollections from the part. When the kids failed, she was so infuriated, that she even broke the point. Thus, the use of the recollections helps understand family relations in the movie (Crooklyn).

Interpersonal communication is usually a form of passing information from one person to another. In this case, they can share feelings, reactions, and meanings (Adler and Proctor 273). People can interpret the messages communicated in both verbal and non-verbal manner. In the movie, Carolyn is seen throwing Woody out of the house indicating that the communication in the house is not correct. She does this because Woody is unable to give the family the money it needs, in disregard to his explanations of bouncing checks. Family communication takes place where both parents sit together to focus on family issues (Adler and Proctor 285). In the Crooklyn movie, Carolyn sits with Woody, but the communication is vulgar as the husband is accused in being ignorant to the family issues and lack of financial support. This scene demonstrates that the family communication of the Carmichaels is poor.

Emotions are usually natural and instinctive reflection on the situation; they come from the relationships and circumstances that surround an individual. They determine whether the relationship will be right or wrong as derived from the moods developed (Adler and Proctor 116). In the movie, the Carmichaels’ neighbor did not bother himself with cleaning his yard. The children in the neighborhood started throwing garbage on his part. He became so emotional that he even wanted to draw his gun to them. Another scene where Carolyn was unable to control her emotions and started to beat her son was when the latter failed to clean up a plate.

In the movie, there is a scene where Carolyn told her children to clean up the kitchen as she was exhausted. The children failed to accomplish the request and went upstairs to sleep. When the mother woke up in the middle of the night and realized children failed to honor her instructions, she was in rage. This made her unable to control her emotions, and she she made children went downstairs to clean up. The children were so much afraid that they went ahead to conduct the duties they were earlier given. The children were worried as they did not know the next course of action of their mother. This served to hurt their emotions, and they stayed in a state of confusion. This scene shows how negative emotions prevented from correct communication in the family.

Nonverbal communication in a family setting occurs when the family members fail to communicate verbally (Adler and Proctor 188). One of the scenes that indicated the failure of good communication within the family was a quarrel between the son and Carolyn. The quarrel started after the son refused to clean up his plate after the meals. Face impressions and gensures showed what each of the members felt. Another scene that demonstrated the essence of nonverbal-communication was when Clinton doubted whether to go to his father solo piano recital. His father believed it was very salient for his life. In the life of a real communicating family, it would have to be prudent for Clinton to attend his father’s recital, while the presence of doubt in this family showed absence of connection between the father and the son.

In the Carmichaels family, the communication is very complicated, and misunderstandings surrounded all the activities. This was portrayed by their neighbor presented as someone who did not clean his house. The events worsened when the kids in the neighborhood threw and dumped their garbage on his part. This made the neighbor be an eccentric recluse. Due to his poor communication skills he developed rage. Directing his gun at children, she silently showed his attitude to them. In the neighborhood and in the Carmichaels family, each and every one was shown shouting in a bad manner to each other.

VIP support ensures that your enquiries will be answered immediately by our Support Team. Extra attention is guaranteed! 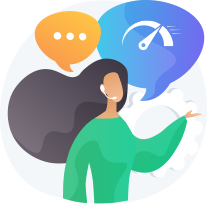 Perception is a way of trying to create a mental image of the activities that happen around and can create a mental impression. In perception, one has to use the senses and then become aware of what happenings around the environment (Adler and Proctor 77). In the movie, there was a part that showed Troy going to Virginia on vacation with the intention to see her more affluent relatives. The main reason for her visit was to go and spend a summer holiday with her rich relatives that were better than them. This created a perception that Troy was a person, who valued material possession more than family relations. Having seen the furniture, the house, and the whole environment, Troy thought they were from another planet. This created the perception of other relations within the family, while money did not determine family ties.

Reappraisal is the reexamination of someone or something due to some events. Reappraisal usually occurs when one has a different vison of a person, who shows themselves in another light and make one change his/her mind about that person (Adler and Proctor 119). In the film, there is s scene when Troy took a neighbor of nine-year-old to go to the shops, so that she could teach her how to shoplift. When the kid did shoplift, unfortunately, she was noticed by the store owner. Having realized that the kid was with Troy, he had a different reappraisal of her acts.

The other scene that does bring out reappraisal in the film is when Carolyn demanded children to go downstairs and clean up the kitchen. When a different person looks at that scene, they will interpret that the mother is brutal to her offspring. However, in the attitude of mother to her children and her desire to earn more money to feed them shows her as loving mother.

Reappraisal brings itself out where Woody who held the position of a pop music player lost his money. Carolyn was a school teacher and had a salary that could meagerly support her family. Carolyn threw her husband out of the house from time to time for lack of provision to the family. Her act of throwing Woody out of the house could be construed in a different manner by somebody else. In a nutshell, when Woody financially supported the family, there were no issues, but when failed to get money, he was mistreated. The decision the other person make of the situation is that Carolyn is brutal and void of humanity.

In the movie, the entire scenes show different characters in the way that people can interact. It brings out the life styles of children’s games and the bustles in the adult lives. Some scenes serve to teach the viewers on how family relationships should be upheld and maintained, while others show how one should not build relationships. The movie serves to communicate to the parents the way they should treat their children though it is presented in an ironical manner. The scene of Woody and Carolyn, when he lost his job, is a good indicator that parents should not disregard one another when one has financial issues.