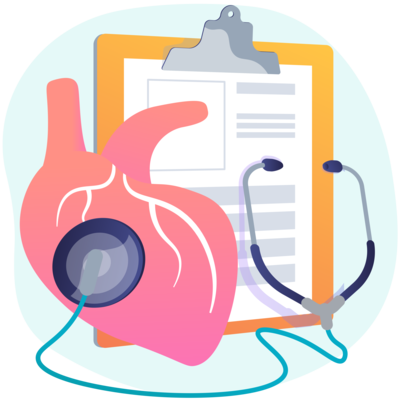 Nursing theories are widely used in nursing science. In fact, such theories contain the knowledge required by a nurse to inform, direct or care for the patients. The Self-Care Deficit Nursing Theory (SCDNT) of Dorothea Orem is a bright example of nursing theory. If fact, it is closely connected with Virginia Henderson’s Need Theory, since her ideas have been also incorporated in the SCDNT. Like Henderson, Orem emphasizes that the main goal of the nursing staff is to help patients become independent (Green, 2013, p. 5). Self-care is necessary for a person to maintain his/her health and active lifestyle. However, there are many cases when self-care is impossible. In her theory, Dorothea Orem describes nursing as a necessary solution for different problems caused by the self-care deficit (Bhanji, 2012, p. 49). Moreover, the theorist has developed a detailed terminology, which allows incorporating every concept in the field of nursing practice. The essay consists of three sections, such as the importance of nursing theory to the nursing profession, a summary of the theory, as well as application of the theory into clinical practice. Thus, as one of the scientifically proven nursing theories, the SCDNT is based on the principles of self-care, defined as activities and behaviors aimed at maintaining life, health, and well-being, which can be fulfilled by people with and without the help of nurses.

The SCDNT has to be included into Master of Science in Nursing Program as it is an essential knowledge for any nurse practitioner that needs to be widely applied in practice. Owning to the fact that master’s program in nursing presupposes a detailed study of nursing theories, the Orem’s theory teaches nurses to provide qualified care to their patients taking into account his/her individual requirements and problems (Green, 2013, p. 5). Moreover, it allows providing high-quality care to a patient based on the collected and assessed data on his/her state of health, the methodology of nursing process, and the results of efficiency evaluation, which assesses both medical and social assistance to the patient.

The SCDNT has been very useful to guide clinical practice, education and management, as well as to promote structures from which other more accurate and testable concepts derived. Although this theory has only been used sparingly due to its complexity and lack of validation, it has proven to be useful and valuable to expand nursing science (p. 162).

Nursing process uses scientific knowledge to assess self-care needs and special skills required to plan and perform the actions aimed at care for other people. Dorothea Orem states that nursing profession is an addition to the treatment of the patient, and the nursing actions add to the treatment performed by doctors or the one performed by a patient himself (Queiros, Vidinha, & Filho, 2014, p. 158). Thus, the theorist attempts to separate nursing profession from other healthcare jobs.

The Orem’s theory includes nursing care systems, which are a result of the interaction between a nurse and a patient in definite clinical settings. Nursing care systems classify different clinical situations, thus help define the roles of nurse practitioners and methods used for the treatment of a patient (Wong et al., 2015, p. 219). Therefore, as a part of self-care deficit theory, nursing care systems are widely used in the nursing profession.

The SCDNT was developed in the 1950th, but Dorothea Orem (1914-2007) published the final version of the theory in 1971. Having received many awards for her professional development and contribution to the nursing practice, Dorothy obtained her doctorate in 1976 (Hiroko et al., 2014, p. 28). The theory, which considers a person as the unitary whole, is based on self-care principles and personal responsibility for health. At the same time, nursing interventions play an essential role in the theory. The latest, sixth, edition of the theory was published in 2001.

The Orem’s theory describes the characteristic features of patients, nurses and relations between them. The theory focuses on the information, which a nurse should obtain, systematize and implement in specific situations faced by the patients. The self-care theory can be used for the education of nurse practitioners as it portrays nursing as a profession with real problems and shows possible nursing practices (Queiros, Vidinha, & Filho, 2014, p. 160). The theory has profound academic grounds to be applied by a Master’s degree pursuer. 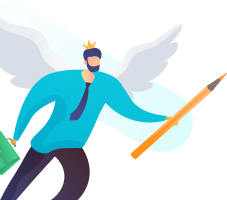 Your order will be assigned to the most experienced writer in the field. The highly demanded expert, one of our top-10 writers with the highest rate among the customers.

The SCDNT defines and explains the factors, which need to be considered by a nurse when teaching his/her patients to self-care. Orem pays special attention to detailed descriptions of the actions, which have to be undertaken to ensure physical independence and normal functioning of an organism. However, the theory hardly covers the problems of mental and social adaptation of a patient with severe diseases or with special needs (Wong et al., 2015, p. 224). Nevertheless, the description of various systems of the nursing process is connected with the situations when a patient faces problems when engages in physical actions or tries to involve lost intelligence in the process, and is unable to make independent decisions (Queiros, Vidinha, & Filho, 2014, p. 161). The theory does not presuppose any solutions of the problems such as suffering, melancholy, pain, etc. In fact, it only undertakes a rationalistic approach.

Orem’s theory is difficult for practical implementation in its direct form. For its successful implementation, it is necessary to develop a concept consisting of a person and reality, reflected in separate sub-theories, which compose a single theory. For example, the theory about the impossibility of self-care can serve as a manual for a nurse practitioner working with a group of patients, trained to conduct medical manipulations. In particular, it concerns patients with skin diseases and diabetes. In such cases, a nurse practitioner should implement the practical measures depending on the state of health estimated by a patient or his/her relatives (Bhanji, 2012, p. 50). The application of the Orem’s theory in the nursing practice is shown in the following examples.

Example 1. A patient diagnosed with fractured left shin bone was placed in the traumatology. After the primary medical check-up, the nurse practitioner assumes that the patient will not be able to move on crutches without the assistance of other people. There is a misbalance between the needs of the patient and his possibilities to self-care, including active movements, visits of toilet, etc. The planning of his nursing care will be based on the compensating and training systems. Thus, the nursing intervention is directed at the restoration of the balance between the patient’s possibilities and needs for self-care.

Example 2. Green (2013) described the case of the 8-year-old girl, who, accompanied by her mother, came to the clinic complaining on virus infections. The girl’s mother forgets that her daughter is required to stay in bed and drink plenty of fluids. The woman is either unsure whether she does everything correctly, or does not have enough knowledge to help the girl in self-care. There is the imbalance between the possibility of the mother to help her daughter in self-care and the requirements placed on her. The nurse practitioner should plan an educational and consultative intervention aimed at teaching the mother of how to take care of her daughter. The psychological support of the girl’s mother, the praise of her actions can essentially help her care for the daughter.

In conclusion, the SCDNT is based on the self-care principles, used for the preservation of life and well-being of patients. The deficit of self-care is revealed in the nursing interventions aimed at effective training of patients to self-care. Thus, the Orem’s theory can be characterized as a system of principles, which can explain some situations in the nursing profession. Moreover, it can act as a manual to nurses on how to teach the patients to self-care. The theory is important for the Master’s programs as it includes the directions for nursing practice allowing nurse practitioners to direct, teach and train the patients to care for themselves. Moreover, the nursing care systems, discussed by the theorist, are essential for it. During the process of writing this essay, I understood the essence of the Orem’s theory, the importance of self-care and nursing interventions to the care for the patient as well as the training of the patient to self-care.

The Ethics of Sales Application of Nursing Theory