Civil Rights Act of 1964 plays a significant role in the history of achievements U.S. democracy. Being the first federal comprehensive law that has banned discrimination in different spheres of people’s life (TitleVII, n.d.), it became the basis of modern federal equal employment opportunity law (EEO) in the United States. Title VII is one of the parts of the Civil Rights Act of 1964, dealing with discrimination in employment.

The path to the gaining of equal rights by representatives of different races, nationalities and religions was extremely hard and controversial, arising severe protests, fights and disputes on the issue about the prohibition of segregation. Before 1964, African Americans suffered indignity. In the South, segregated signs were common, claiming their inferiority: “Colored Drinking Fountain”, ”White Ladies Only”, “No Negroes Allowed”(Skog, 2007, p.4). People with dark color of skin were considered to be of the minor level. African Americans protests for their rights began in 1955 when the civil rights movement emerged in Alabama. The occasion of the fight was the act of civil disobedience by Rosa Park, who had refused to surrender her seat to a white man (Burns, 2008). The Montgomery Bus Boycott was a peaceful protest against the policy of segregation in the city’s public bus system. Lasting for 13 months, it became one of the prominent events of the civil rights movement. As a result, the U.S. Supreme Court abolished segregated transportation that was made legal by Plessy v. Ferguson ruling. Homer Plessy, having only one-eighth black, dared to get on a white-only car. As a result, he was imprisoned and convicted of violating Jim Crow laws. Prompted by a song, Jim Crow was the nickname of racial discrimination system directed against African Americans in the USA. The Jim Crow laws were state and local bills passed in the period from 1877 to the mid-1950s. These legislations denied any African-Americans human rights. African Americans discrimination extended to major spheres of life (Definition of Jim Crow Laws, n.d.). Plessy filed the case against the judge, John H. Ferguson. He argued that segregation law violated the fourteenth Amendment to the U.S. Constitution that proclaimed an equality of different races before the law. In 1896, the Supreme Court declared its verdict of the case “Plessy v. Ferguson”. This one of the most criticized and controversial decisions stated that all transport means should provide separate seats for African Americans and white people. The Court ruled that the equality concerned political and civil rights. Social rights were not under the law. The Plessy v. Ferguson decision has set the precedent that “ separate” facilities for African Americans and white people “ were constitutional as long they were “equal”(Plessy v. Ferguson, n.d.). Lasting for 50 years, this decision extended racial segregation in public places in the South.

Their orders are completed earlier (20% faster than the final deadline)

Papers will be prepared by our top-10 writers

Assignments will be polished to perfection by our best editors

Special offers and discounts (we give up to -20% holiday discounts)

The highest point of the civil rights movement happened in 1963 in Birmingham (Eskew, 2007). Being led by Fred Shuttlesworth and Martin Luther King, this public protest caused the passing of the Civil Rights Act of 1964. In response on extraordinary requirements of that period, President John F. Kennedy suggested the passing of civil rights legislation that would prohibit discrimination in employment, education, and other fields of life. This announcement caused a rough discussion in the political environment. Many policy-makers representing the South opposed the passing of the Civil Rights Act. They argued that this federal law, prohibiting discrimination, would limit states’ rights. To illustrate, congressmen Howard Smith of Virginia tried to make the legislation foolish and to defeat it by insertion of sex as one of the protected categories (Pynes, 2008). This category has remained in the document, protecting the rights of individuals despite their being male or female. On the other hand, the way of the discrimination ban was the successful path to calming protests and a movement to progressive ideals of Freedom. After the assassination of John F. Kennedy, President Lyndon Johnson took a strict position and insisted on the passing of the Civil Rights Act.

The key goal of Title VII of the Civil Rights Act of 1964 is the protection against a great range of discriminations in employment. It protects both employees of a company and job applicants against the discrimination on the basis of their race, color, religion, gender, pregnancy or nationality. Title VII concerns employers with 15 and more employees. Employers with 14 or less employees are not under the law. It does not protect any person involved with the Communist Party of the United States or of any other organization required to register as a Communist action (Title VII of the Civil Rights Act of 1964, 1964). Title VII bans both intentional and unintentional discriminations. The protections include recruiting, hiring and advancement. It prohibits harassment that means offensive behavior creating hostile work atmosphere.

Need fast help with your paper?

So our friendly Customer Support Team is on call 24/7 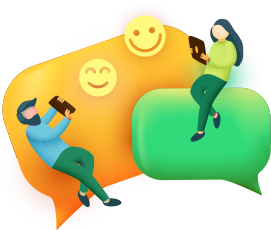 To sum up, the American way to freedom and democracy was tragic and extremely diverse. In certain period, the U.S. Supreme Court made a wrong step making the verdict of Plessy v. Ferguson case and legalizing the segregation. Being oppressed and discriminated, African American started protests that led to Civil Rights Act of 1864. This bill became the issue of severe debates between policy-makers in 1960s. The representatives of the pro-slavery South objected its passing, being concerned that this federal law would limit states’ rights. Nevertheless, after the assassination of John F. Kennedy, President Lyndon Johnson took a strict position and promoted the bill. Title VII is one of the parts of the Civil Rights Act of 1964, dealing with discrimination in employment. This bill is the first federal comprehensive law that has banned discrimination in different spheres of people’s life and became the basis of modern federal equal employment opportunity law (EEO) in the United States.