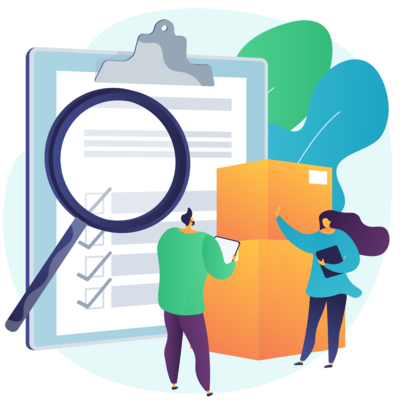 International Conference on Population and Development

The paper is devoted to the research of the ICPD Programme of Action which was passed in 1994. The program emphasized the significance of empowering women and girls as the basis of improving the lives of all human beings. The paper describes this program as well as its importance and main goals. Moreover, attention is also given to the background and circumstances which induced the national community to start a program. The paper also considers the main issues which this movement faces along with the strategies which are being undertaken. The research presents some arguments as for why his initiative is feminist.

The paper regards the Programme of Action which was passed in 1994. The main idea of the plan was to equalize the human rights across the globe through the empowerment of women and girls which is at the heart of the whole program. Women rights tend to be violated very often; that is why they are emphasized. The research also covers the circumstances which initiated the enactment of the Programme of Action, which strategies are being used in order to fulfill the requirements of the idea, some difficulties that are encountered during the fulfillment, and finally the reason why one can consider this idea to be feminist.

Nowadays it is globally acknowledged that fulfilling the freedoms of women and girls is essential for development. In fact, the roots of this recognition would lead to Cairo, the year 1994. There, during the International Conference on Population and Development, various opinions on human freedoms, population, sexual and reproductive well-being, gender equity, and tenable development were combined into a significant global agreement that defined personal dignity and human rights along with the right to plan one’s family as the basis of development.

In 20 years, the International Conference on Population and Development fiercely endorsed the agreement that provided human freedoms, facilities and dignity in numerous spheres and during the whole course of the life, which is the basis of continuous development on the whole planet. In September 2014, a Special Session of the General Assembly approved the conclusions of the 20-year review and then the authorities emphasized the importance of identifying flaws and appearing issues.

Principles of the ICPD

The ICPD Programme of Action adopted in 1994 by 179 Member States introduced a sagacious plan for improving human welfare that put the human freedoms of individuals, rather than numeric population aims at the heart of the global development plan. It accentuated the advantages of empowering women and girls as basis for enhancing the quality of life for all people. It also declared the significance of sexual and reproductive health as well as family planning which is prior condition for women’s empowerment. This entails the end of gender-based assault and hurtful conventional practices such as female genital mutilation.

Then, the Programme of Action emphasizes the essential connection between sexual and reproductive health and freedoms with nearly every phase of population development from urban extension, migration and ageing to altering family structures and protecting the rights of young people. It draws attention to the reasons why investing in women and young people, particularly in their sexual and reproductive well-being, can influence environmental stability and population dynamic. The United Nations Population Fund makes yearly evaluations of the national resources and international help which are necessary for the fulfillment of the Programme of Action that governments consented to put in action. At first intended to have a 20-year time perspective, the program was prolonged beyond 2014 by the General Assembly.

The idea of the Cairo Programme of Action is that personal dignity and human rights are the basis of a strong successful future was revolutionary in 1994 but still approved by a series of thorough reviews. The most enthusiastic of these occurred in 2014. In 20 years, the General Assembly at a specific conference invoked countries to accomplish the obligations they made 20 years ago and took heed of the increasing discriminations as well as appearing obstacles as summarized in the ICPD Beyond 2014 Global Report which was initiated by the United Nations.

The account draws attention to the conclusions of a global review, interviews with stakeholders and partners, and the results of the regional and thematic sessions. The review affirms the main presumptions of the ICPD and refers to decent progress in some aspects for certain people. Nevertheless, it also states that little has reshaped for the most impoverished and marginalized. Additionally, it gives government evidence-based instructions on how to accomplish the incomplete ICPD agenda giving preference to the rights of young people concerning education, sexual and reproductive well-being, and good employment. The review also introduces methods how to accelerate the fulfillment of the Programme of Action for supporting countries development goals. This United Nations operation is aimed at achieving a mutual view for the future development. On the whole, the International Conference on Population and Development beyond 2014 statement brings particular suggestions on how to accomplish the unfulfilled program which was submitted in 1994 in Cairo.

The principal circumstance that led to the adoption of the Programme of Action is inequality of human rights, especially women’s rights. For example, there is such a severe problem as human trafficking which exists in many countries all over the globe. Women, especially migrant, are being trafficked, bought, and sold as prostitutes. That is why feminists all over the world have long struggled for better protection of women against different forms of assault such as female genital mutilation, sex trafficking, and domestic violence (Parrenas, 136). Due to the global feminist efforts, there appeared the idea of international agreement around particular norms concerning women’s rights and enforcing of the ICPD Programme of Action. It is obvious that in the time that calls for “women’s rights as human rights”, few would disagree that the necessity to protect women from offensive work conditions is crucial.

One of the strategies to fight for human rights and particularly for the equality of those rights is the anti-trafficking campaign which was undertaken by the United States. The campaign considers that some types of jobs are amoral thus being not in the “best interests” of women. Therefore, the campaign aims at protecting women from such kinds of jobs. In order to combat trafficking, the USA enacted the Trafficking Victims Protection Act in 2000 which is probably the most essential anti-trafficking law that was ever adopted. In accordance with TVPA, foreign countries must prevent and punish any forms of trafficking (Parrenas, 159). In case countries fail to fulfill these key requirements, they become ineligible to get foreign assistance or become liable to social ostracism in the international community.

Probably due to the pressure or perhaps in agreement with the aims of the United States, the government of Japan has developed a solution to the issue of trafficking. As of March 15, 2005, Japan established new visa requirements and enforced more careful verification procedures for migrant entertainers who tend to be involved in the issue. Japan basically tightened its borders and made tougher the requirements for foreign “entertainers”. The country also prohibited Filipino entertainers to reenter Japan unless they have trained two years in the performance acts out of Japan.

The main obstacle to all these movements, laws, and campaigns is that it is not always easy to control their abidance as well as recognize and prove the violations of human rights across the globe. For instance, the USA fails to identify the real conditions of trafficking for foreign entertainers in Japan. Job of entertainers in Japan does not imply prostitution and club proprietors do not require this from the workers (Parrenas, 155). Certain clubs even forbid sexual relation between entertainers and customers.

Furthermore, when looking at the actual effects of anti-trafficking laws on foreign entertainers, it becomes clear that they are not given the alternative job options. The actions taken by Japan to support the U.S. anti-trafficking campaign have essentially decreased the movement of foreign performance artists from the Philippines to Japan. However, the problem is that these women are left without alternative employment in the Philippines (Parrenas, 158). It is also worth mentioning that some entertainers have nothing against sexual relations with customers. Therefore, it becomes even harder to identify where and whose rights are violated.

It is obvious that the ICPD Programme of Action is considered to be feminist because it highlights the importance of empowering women and girls. Equality of women’s and man’s rights should significantly improve the quality of life for everyone on the planet. It is mainly because of women’s rights which are more frequently violated than men’s rights. The most common disparities are domestic violence and workplace inequalities which should be eradicated as soon as possible. The United Nations regards that upholding women’s rights is crucial for the improvement of human’s lives; thus, it can be stated that the program is definitely feminist.

Considering everything mentioned above, the Programme of Action is a beneficial way to act against gender prejudices, and it is really promising and working. Despite some problems and obstacles, the idea is crucial. It protects women from harmful influence, supports young people, and draws attention to the significance of sexual and reproductive health. These concepts are very important for the successful future of the humanity. Maybe, the strategies that are undertaken are not always perfect but still they have their effect. These feminist ideas tend to be essential when struggling to combat inequalities of human rights. and they will undoubtedly improve the quality of live for everyone.